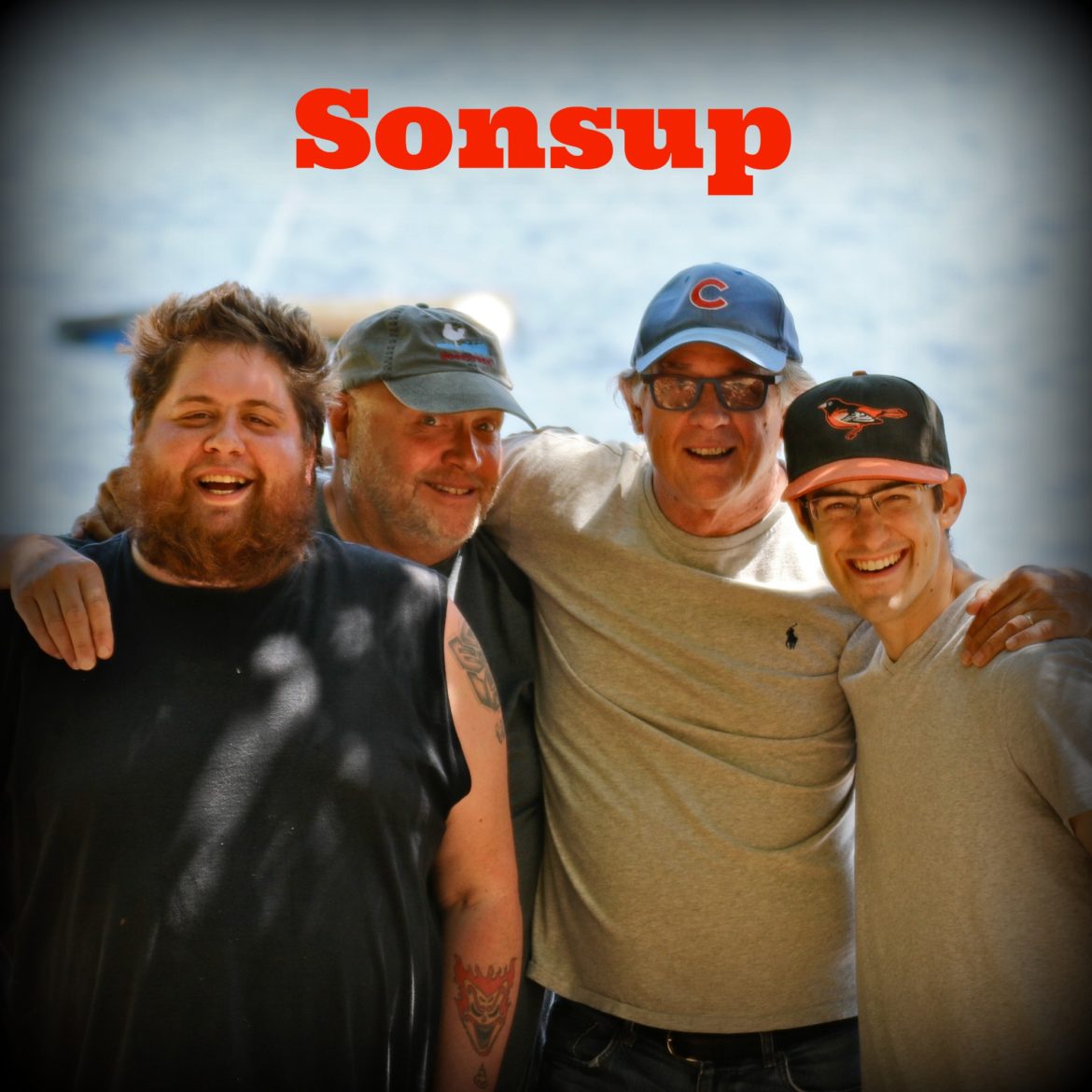 Rochester Area Music Project (RAMP) owners (father and son) Garry and Marshall Manuel, along with best pals James (Goon) Wilson and his son Ethan James, just released an album titled Sonsup. The material can best be described as acoustic oriented rock framed with loads of vocal harmonies.The songs were all penned by group members except for the Beatle cover, I’ll Be Back. The project in and of itself is unique, in that, Garry led, performed and recorded with the group Sunup for decades. The group has two albums, Saratoga Sunrise and Passion & Politics. The first addition of Sunup ran for most of the 1970’s with Garry and his good friend James Wilson (Goon), also a native of Fairport. They have come together to record with their sons, Marshall and Ethan James, who both are singer-songwriters. The recording engineering was done under RAMP with Marshall as the recording engineer for the project. Marshall, holds a degree that focused on audio engineering from the New England School of Communications. He also teaches recording classes at RAMP. In addition, the drummer on the tracks, Ray Boss and electric bassist, H. Luke Anderson are alumni of the studio, who are terrific musicians in their own right. The upright bass recorded on two tracks was performed by Ed Castilano, brother of the original bassist for Sunup (Charlie Castilano) and double bassist for the RPO (Rochester Philharmonic Orchestra). Both are Fairport natives as well. Also, one of the drum tracks was recorded at a Long Island studio by RAMP alumni, John Arbuckle. To top things off, nearly all the products used on the album can be purchased at RAMP!
You can check out the album here: http://itunes.apple.com/album/id/1316288649

The album can also be picked up at RAMP studios, or mail a check for $10 which covers tax and postage and cost of the CD.